From building to art and beyond, there’s always something new to inspire growing minds.

Activities to try at home
Home made paint - fun and creativity

Run out of paint? No worries, just mix water flour and salt with a little bit of food colouring and voila, some paint! This paint washes off easy (as long as you don’t go crazy on the food dye). Painting is a great way for children to have fun and express creativity.

Age group:  Generally children 1 and up

Back to Back drawing – guess what it was

write or draw on each other’s back, then, the person that was drawn on tries to identify the word or drawing sparking a conversation about the illustration. What was it? or What did it say?

Age group: generally 3 years and up 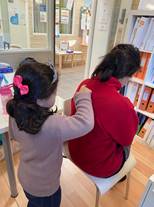 Age group: generally 3 years and up 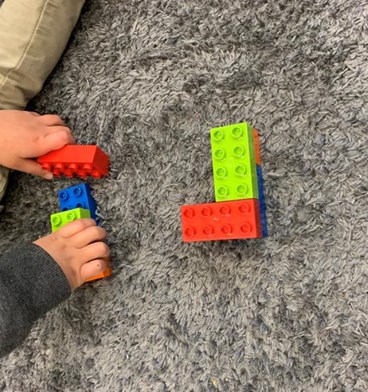 This activity supports children understand about object permanence, problem solving and spatial awareness, through a game of putting a ball into a cardboard box.

Ages: generally 1 years and up 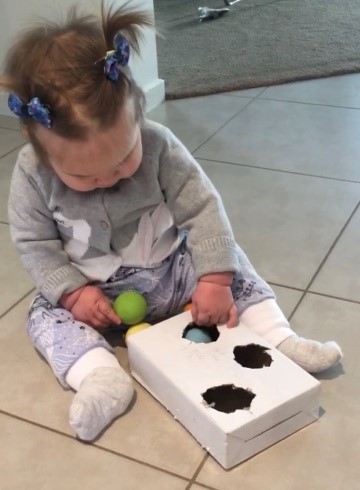 Age group: generally 2 years and up 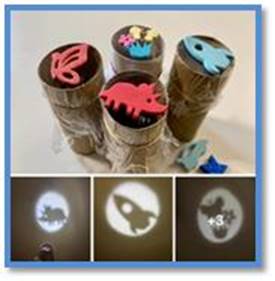 Let your child’s imagination run wild as they create different scenarios with their dinosaurs and some natural resources.

Children learn from those around them. If your child is learning to use toys in an imaginative way, think about using modelling - this is when older siblings or adults play with the toys in order to show a child how to play or what they can do with the toys. In the case of the dinosaurs, this could include stomping, jumping or eating the leaves. Support your child by bringing their attention to what you are doing by staying close to them or positioning yourself face to face. 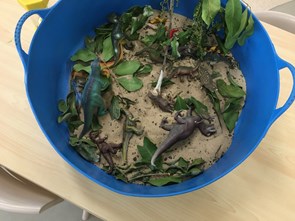 This is a simple activity to do at home. The kitchen cupboard idea is a great way to introduce children to the kitchen and cooking experiences. Giving your child access to a safe low kitchen cupboard with items they can handle and access safely, provides an opportunity for children to explore containers and lids, measuring cups and spoons, and other safe to use cooking utensils.

This idea would also work within a home office. Using the same materials and add notebooks and coloured pencils.

Create a path of different sights, textures and sounds for your child to wonder and explore

Age group: generally children 6 months and up (suitable for crawlers and walkers)

Extension for older children: try creating a different number, colour, letter, or shape from the materials in each pouch and encourage them to find the letter/shape/colour/number.

Try encouraging your child to do a different movement with every section of the path they stand on (for example, jumping on the bubble wrap or clapping when standing on the felt) 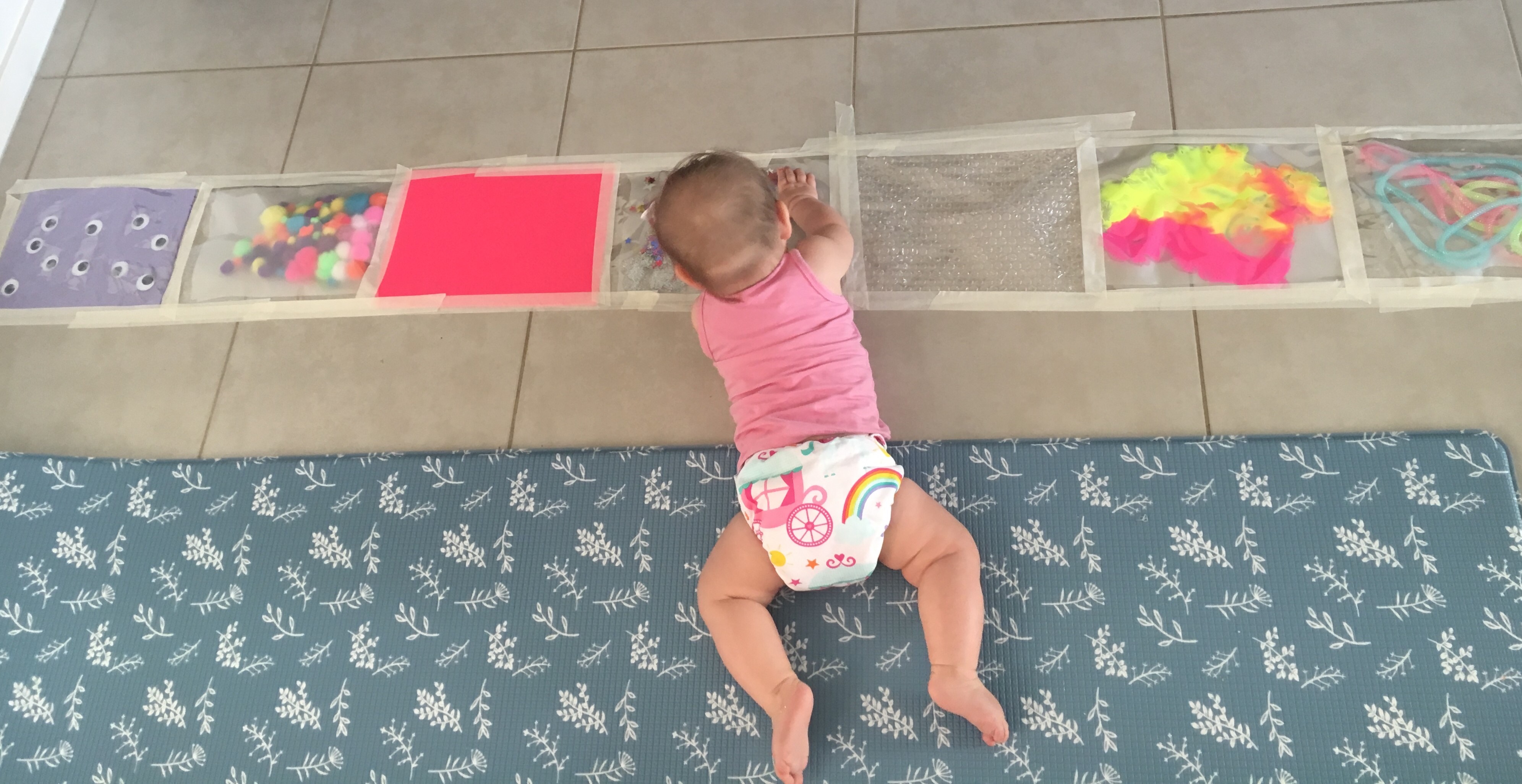 Families pick a Scavenger game and create an exciting challenge where children go on a hunt to find matching items of colour, smell, shape, size or texture from around the home or garden.

Age group: 2-3 (supported by an adult) and 3-5 (with increasing levels of autonomy).

Sticker Line Up is a great way for toddlers to concentrate and stay occupied, also giving parents a few moments of relaxation.

Age group: Children 2 and up 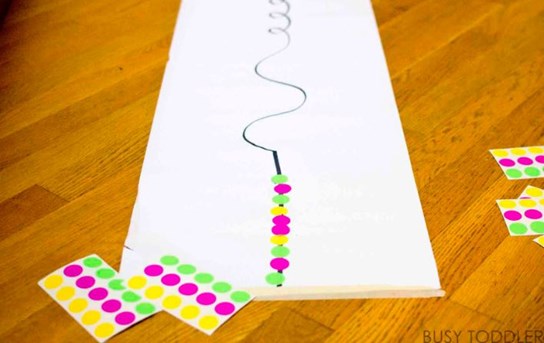 Ages: Children 3 and up 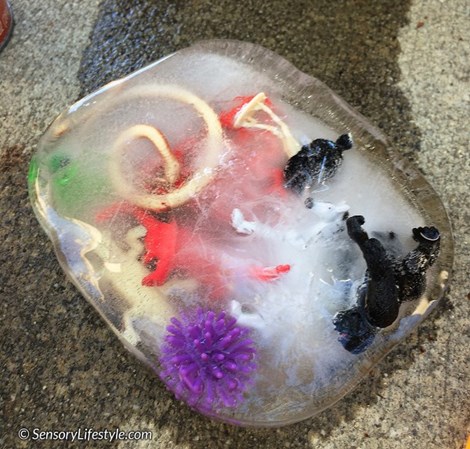 SDN is committed to the safety of children and families and encourages the safe undertaking of activities on the hub. For more information read our terms and conditions. For more on child safety at home visit Raising Children network.

Learning to read is not just about the ABC’s

Get busy, making your own wonderful creations from child friendly c...

Speak to our experts

Find a service near you

Find a service
Talk to us