Use my location
Back
Beginnings of SDN Marrickville

‘Marrickville has been in the front, and continues to lead the way with pre-school attention. It is the only town or municipality in the State with both kindergartens and preschool nurseries.’ Kindergartens and Day Nurseries, Free Weekly (Marrickville), 1968.

In 1905 a determined group of women from Sydney’s upper classes who understood ‘the difficulties that beset the paths of working mothers’ founded the Sydney Day Nursery Association (now SDN Children’s Services). The Association aimed to improve the welfare of children whose mothers were facing poverty and had to work to provide for their family. Infant mortality was high and the Kindergarten Union was only able to provide day care services for a few hours a day. With no other option, these young children were often left to fend for themselves among the streets of working class Sydney.

In response, the Association opened its first Day Nursery in a terrace house in Dowling Street, Woolloomooloo in 1905, the first long day care centre in NSW. For just three pence a day, babies
and children were bathed, fed, clothed and cared for from 7.00am to 6.30pm.

The traditional owners of the area are the Cadigal people of the Eora nation.
The suburb got its name from the subdivision of Thomas Chalder’s Marrick Estate in 1855, and the Municipality of Marrickville was proclaimed in 1861.

With the first land grant awarded in 1789, the area became an area rich for farming and agricultural use. One hundred years on, the area had become a significant industrial hub. With it, the population of just a few hundred in the late 1700s had grown to 89,000 by 1945. Industries established on the back of rural practices flourished. Vicars Woollen Mills, Globe Worsted Mills, Marrickville Margarine Company and Crago Flour Mill became major employers in the area.

From its rural beginnings to its industrial heyday, Marrickville attracted those looking for employment. The early farms of the 1830s employed migrants from Europe and Asia, and with the industrial boom came workers from across the globe. By the 1970s, the suburb was attracting migrants from Southern Europe, the Middle East and Asia. As a result, Marrickville has always been multicultural, embracing its diversity. 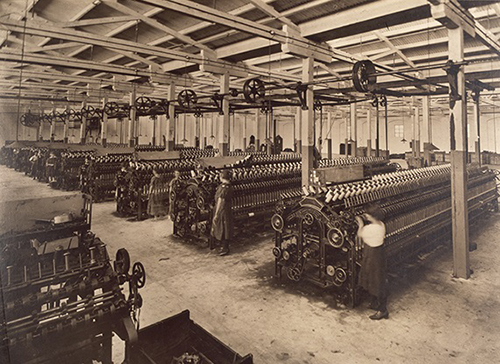 Women were favoured by many of Marrickville's manufacturing industries. Vicars Woollen Mills preferred women workers; their smaller hands being more suitable for handling the weaving looms, and their salary being less than half that of men.

Employing a large female workforce brought challenges for local industries. With their men at war, or being unmarried or deserted women, these working mothers struggled with child care and were regularly forced to cancel shifts. Aware of this local need for long day care, in 1942 the Sydney Day Nursery and Nursery Schools Association and Marrickville Municipal Council began canvassing State and Federal government to support a Nursery School.

The Council purchased an existing shop and house on Illawarra Road, and approval to build a new centre came in June 1943. Seven months later, the Council-led Marrickville Day Nursery and Kindergarten Committee was formed. Its purpose was to fund, build and maintain two Day Nurseries and three Kindergartens in the suburb. The enthusiasm at this inaugural meeting led the Mayor, Alderman D.V. Cochrane, to declare his confidence in its success.

Local businesses and manufacturers backed the idea wholeheartedly, and together with the local community they rallied to raise the funds required to build and finance the five centres. The Committee undertook many forms of fundraising, from dances, a cycle race at Henson Park, to a concert performed by the Marrickville Municipal Symphony Orchestra.

A partnership is formed

The Sydney Day Nursery and Nursery Schools Association (SDN) was asked by the Committee to run the purpose-built nursery school at Illawarra Road.

Costing the Council £4,000 to build and £1,100 a year for its upkeep, it would be a Nursery School for two to six year olds. The intention was to cater for children from birth to two years in a day nursery soon after.

With already 39 years of expertise in child care, SDN was a perfect fit. The experience, vision and commitment to establish a local centre, together with the drive from the local community, led Mrs McElhone, President of SDN, to proclaim that this new centre would ‘eclipse all other Nurseries’.

Finally, on 13 May 1944, the foundation stone was laid and the public appeal took off in earnest. Marrickville Day Nursery and Kindergarten Committee members took to the street selling subscriptions and buttons, and toys were handmade by Mr A.H. Gibb, of local band The Strollers.

On 28 October 1944, Mayor Cochrane officially opened the new Marrickville Nursery School. It marked the beginning of early childhood education and care in a long day care setting in the suburb.

The Sydney Day Nursery and Nursery Schools Association had been the first to pioneer nursery schools in NSW in the early 1930s, providing an educational program for children from two to school age, taught by qualified teachers from our own Nursery School Training College. Despite being part of the original vision, babies did not join the centre until the 1970s.

The relationship with Marrickville Council continues today, through the lease of the property. It stands as a reminder of the importance of a combined vision to improve the lives of working mothers and their children in the suburb.

The wellbeing and holistic care of the children at the Marrickville Nursery School was a priority. The guiding principle was that children needed nourishing food, proper rest and a program of exercise with free and guided play by trained staff, in order to fulfill their potential. The Nursery School had a well-equipped dental room provided by the Department of Health and supported by a visiting dentist from the Dental Hospital. A doctor from the Division of Maternal and Baby Welfare attended regularly, and an eye specialist from the University of NSW conducted vision tests. 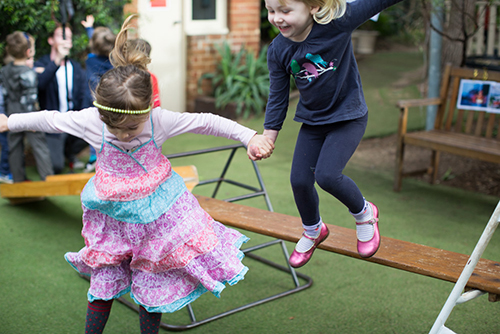 Since its beginnings, SDN Marrickville has undergone changes reflecting a strong connection with our families within a vibrant and diverse community.

The changes in the sector to increase the quality of early childhood education and care have confirmed our own approach to professional skilled staff and services since our beginnings.
What hasn’t changed is our vision and commitment to addressing social inequalities, improving children’s quality of life and enhancing the life chances for all children.