Use my location
Back
Beginnings of SDN Ultimo
SDN History

SDN Children’s Services begins in 1905
In 1905 a determined group of women from Sydney’s upper classes who understood ‘the difficulties that beset the paths of working mothers’ founded the Sydney Day Nursery Association (now SDN Children’s Services). The Association aimed to improve the welfare of children whose mothers were facing poverty and had to work to provide for their family. Infant mortality was high and the Kindergarten Union was only able to provide day care services for a few hours a day. With no other option, these young children were often left to fend for themselves among the streets of working class Sydney.

Due to overwhelming demand, the Association opened Day Nurseries in more locations in the inner city soon after. These were all areas of need in Sydney with large working populations.

History of Ultimo
The traditional owners of the land are the Gadigal people of the Eora nation [1].

The land is a rich soil area at the end of the sandstone ridge of Pyrmont.

The name Ultimo was coined by surgeon John Harris in the early 1800s, for his home Ultimo Farm. The name celebrated a court case Dr Harris won by paperwork error, where the Latin word Ultimo (‘last month’) was accidently used.

The area was used for farmland, before being subdivided for housing in the 1850s, and by the early 1900s workers of nearby industries lived in poor and crowded conditions. ‘Slum clearances’ took place where factories replaced many houses.

From the 1980s, many warehouses and sites began to be turned into housing and apartments again. 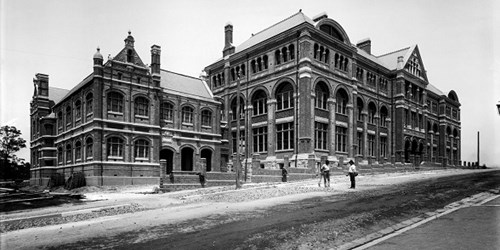 TAFE in Sydney
In 1878, various Sydney trade organisations established a technical college, known since 1882 as the Sydney Technical College. Students studied trades such as mechanical drawing and engineering alongside general education subjects, such as reading and philosophy.

In 1992, the College was renamed Sydney Institute of Technology.

SDN Ultimo opens in 2002!
On 19 October 2001, SDN was thrilled to receive a fax from TAFE NSW to announce that SDN was successful in a tender to operate children’s education and care centres at two TAFE campuses —Petersham and Ultimo.

From 1 January 2002, SDN Ultimo was open for families!

The  entrance to SDN Ultimo, located in the oldest building on the Sydney TAFE campus. Source: SDN Ultimo

In 2003, National Families Week saw staff and children at SDN Ultimo sharing family photos. And in 2005, SDN Ultimo joined all of SDN in celebrating 100 years of SDN! Each centre had a party, complete with birthday cake and a gift for another centre. The party at SDN Ultimo featured a petting zoo!

SDN Ultimo belongs to wider communities. As part of the TAFE campus, in 2007 the children enjoyed the grounds for a spontaneous picnic and became impromptu dance stars during a campus DJ set, requesting Twinkle Twinkle Little Star!

Exploring is a big part of SDN Ultimo, such as in 2007 when the children went on an excursion to see two steam trains behind the ABC offices for Science Week.

And in 2010, the children and staff members enjoyed a visit by an Aboriginal artist and dancer.

In 2014, the children contributed a beautiful mural as part of Central Park’s Community Engagement Program.

In 2016, SDN Ultimo was assessed by Australia’s national quality authority and achieved the outstanding result of the ‘Exceeding the National Quality Standard (NQS)’ rating in all seven quality areas.

‘...helping our children to get ready to confidently take the next step in their educational journey was very satisfying’. Educators supporting SDN Ultimo children transition to school, Community Times, 2015 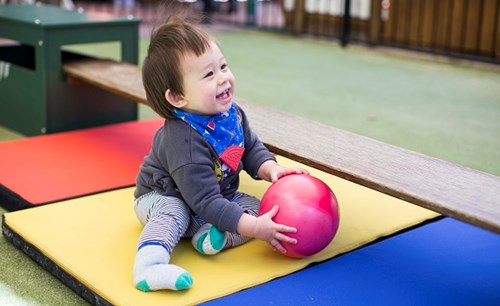 SDN Ultimo today
Since its beginnings, SDN Ultimo has undergone many changes, reflecting a strong connection with our families within a diverse, regional community.

SDN Children’s Services runs 24 children’s education and care centres throughout NSW and the ACT, as well as providing a range of disability support services for children and families.