Use my location
Back
Beginnings of SDN Erskineville
SDN History

‘In several Nurseries the accommodation for the children has reached the limit, and a request has come from Erskineville to start a nursery there.' Sydney Day Nursery Association Annual Report, 1935-36

SDN's Children's Services begins in 1905
In 1905 a determined group of women from Sydney’s upper classes who understood ‘the difficulties that beset the paths of working mothers’ founded the Sydney Day Nursery Association (now SDN Children’s Services). The Association aimed to improve the welfare of children whose mothers were facing poverty and had to work to provide for their family. Infant mortality was high and the Kindergarten Union was only able to provide day care services for a few hours a day. With no other option, these young children were often left to fend for themselves among the streets of working class Sydney.

History of SDN Erskineville
The traditional owners of the land are the Gadigal people of the Eora nation [1].

Originally known as Macdonaldtown, the area was renamed in the 1890s after the local Reverend’s house Erskine Villa.

By this time, the area was known for its market gardens, brick kilns and tanning industries, surrounded by small, crowded Victorian terrace houses for workers. Throughout the early 20th Century, a variety of manufacturing businesses and factories continued to shape the neighbourhood.

After World War II, Erskineville became a place of increasing diversity, with European migrants moving to the area to work in the many local industries.

‘... [Erskineville] is essentially an industrial locality, many hundreds of women being employed in the factories there, and certainly nowhere in the metropolitan area is a Day Nursery so badly needed.’ Sydney Day Nursery Association Annual Report 1924-1925 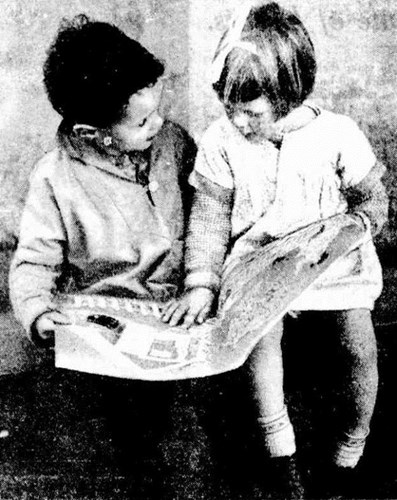 The opening of Erskineville Nursery School, on 25 August 1937, was reported in The Sydney Morning Herald the following day. Source: National Library of Australia.

Erskineville needs a new nursery
In the mid–1920s, the Association became determined to help the many women with young children who worked in the Redfern-Alexandria-Erskineville area.

In 1930, the Association opened a day nursery in Linthorpe Street, Newtown. It was near a train station and tram routes and was also a short bus ride away from Erskineville and Alexandria.

With the introduction of nursery school education by the Association in the early 1930s, the focus turned to opening a nursery school in Erskineville. Nursery schools provided an education program for children over two-years of age in a long day care setting.

In 1936, a house at 88 Swanson Street was purchased for £1300. The renovations required were undertaken, and the nursery school opened in July 1937, with 23 children enrolled.

‘Practically every child has gained about one and a half pounds in weight since admission. The dental room equipment is being installed and when completed will be of great benefit to the children.’ Sydney Day Nursery Association Annual Report 1947-48

The official opening!
The Erskineville Nursery School’s official opening was held on 25 August 1937, at the Association’s Annual General Meeting, which was held onsite. The Lady Mayoress, Mrs Parkes, announced it would be a place ‘of love’ where children would be taken care of, as well as developed into good citizens.

The Metropolitan Medical Officer of Health noted the purpose of nursery schools was to establish mental and physical health and creative and social interests.

Erskineville was, at that time, undergoing plans to regenerate as a ‘model suburb’. The nursery school, along with a new housing estate, was part of this transformation.

Children at the nursery were provided with free medical assessments by nurses from the nearby Newtown Baby Clinic. Dr Burfitt, a local doctor, also paid regular visits and noted the improving health of the children. During World War II the children were even evacuated for holidays at Tahmoor and Burradoo. 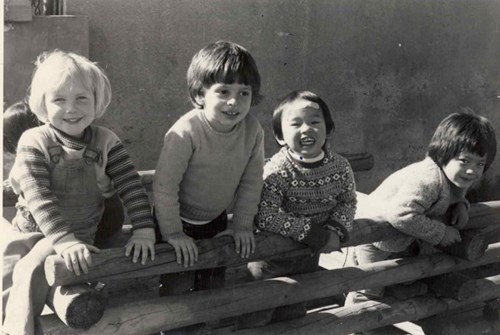 In 1945 Miss Ellice Nosworthy, one of Australia’s first female architecture graduates, was engaged to design a ‘completely new modern nursery’ for Erskineville. The children moved to other nurseries during construction.

‘… Erskineville is truly an open air Nursery; in fine weather, very few of our activities take place within doors. As well as play (both free and organised) the children take all their meals, and their sleep, in the garden.’ Sydney Day Nursery Association Annual Report 1947-48

Over subsequent decades, the nursery school often benefited from local community support. For example, the attractive garden was maintained by a neighbour, Mr Long, for many years.

More than fifty years after opening, infants were welcomed to SDN Erskineville when a baby unit opened on 19 March 1999! 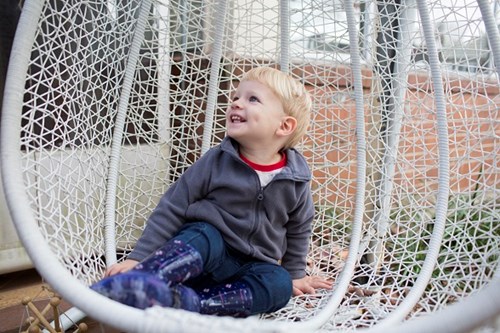 SDN Erskineville today
Since its beginnings, SDN Erskineville has undergone many changes, reflecting a strong connection with our families within a vibrant and diverse community.

SDN Children’s Services runs more than 20 children’s education and care centres throughout NSW and the ACT, as well as providing a range of children and family support programs.

Discover the four elements that shape our educational program.