Use my location
Back
Beginnings of SDN Hurstville
SDN History

‘We value collaborative relationships with families and we help children to connect with their local community...’ SDN Hurstville, SDN website

SDN Children’s Services begins in 1905
In 1905 a determined group of women from Sydney’s upper classes who understood ‘the difficulties that beset the paths of working mothers’ founded the Sydney Day Nursery Association (now SDN Children’s Services). The Association aimed to improve the welfare of children whose mothers were facing poverty and had to work to provide for their family. Infant mortality was high and the Kindergarten Union was only able to provide day care services for a few hours a day. With no other option, these young children were often left to fend for themselves among the streets of working class Sydney.

Due to overwhelming demand, the Association opened Day Nurseries in more locations in the inner city soon after. These were all areas of need in Sydney with large working populations

History of Hurstville
The traditional owners of the area are the Bediagal people [1]. The river lands were and are very important for the Aboriginal owners, with evidence of campsites and artworks all along the Georges River.

Since the 1990s, immigration has seen a wonderfully vibrant Chinese Australian community flourish.

‘SDN also expressed interest in taking on the management of St George’s Child Care Centre […]. This centre has to move from its current premises and thus the Association is seeking a suitable site for relocation’ - 1996 SDN Annual Report 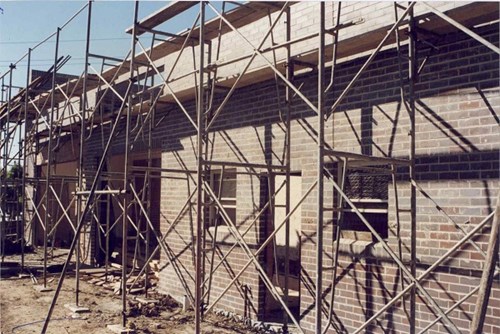 Hurstville during construction, 1996. The front section was kept but the rest was rebuilt. Image source: SDN Archive

St George child care centre needs a new home
SDN Hurstville started as an entirely different child care centre—the St George Child Care Centre located on the corner of Forest Road and The Avenue. In 1995, the centre had been informed by their Anglican Church management that it needed to find a new home and a new owner. The centre was important to the community, so everyone hoped it could stay open!

The St George centre asked SDN to take over as the new operators. The centre would become an SDN centre, expanded with more places for children.
SDN agreed it was a good idea to take over the centre and to find a new property within the Hurstville area.

In late 1996, SDN found a suitable property - a corner shop and residence at 155 Dora Street. The building received extensive alterations and extensions in anticipation of becoming SDN’s new centre.

On 17 January1997, SDN officially took over the operation of the St George Child Care Centre, and it was re-named SDN Hurstville Long Day Care. However, the staff and families continued to patiently wait for the Dora Street building to be ready for the big move. 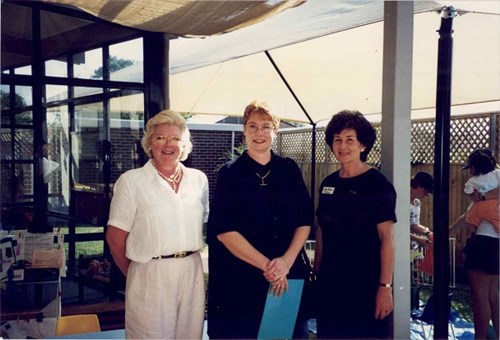 SDN Hurstville officially opens in 1998!
The centre moved into the new building in Dora Street on 13 October 1997. However, everything was so busy that the official opening event was held the following year, on 18 March 1998. SDN Hurstville was declared open by Senator Marise Payne in front of guests, such as SDN’s Patron and the centre architect, and families. Everyone remarked on the impressive light and airy environment!

The SDN community
Community is important at SDN and SDN Hurstville is part of the SDN family. Staff members Julie Watson, Micheline Azar, Lili Guo, Annie Ding, Tracey Brunton and Amanda Santos have all happily worked at SDN Hurstville for more than 10 years.

SDN Hurstville’s Centre Director Amanda Santos also has a special family connection. Amanda fondly recalls attending the previous centre as a child, where her god-mother was a teacher. Amanda’s brother attended the current centre as a child, and Educator Julie herself remembers a young Amanda visiting the centre to collect him!

Improving indoor and outdoor spaces
In 2015, the foyer was renovated with a new reception desk, tiled floors, a fresh coat of paint, new entrance door, storage areas, and frosted glass window frontage to block out the sun.

In 2016, the garden and play area was newly designed and landscaped to provide a safe and exciting outdoor space to develop curiosity, physical skills and social play.

SDN Hurstville today
Since its beginnings, SDN Hurstville has undergone many changes, reflecting a strong connection with our families within a diverse community.
The changes in the sector to increase the quality of early childhood education and care have affirmed our own approach to professional skilled staff and services since our beginnings. 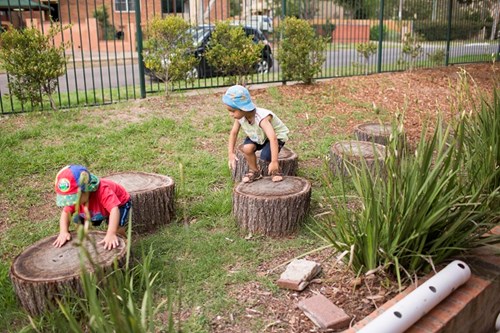 SDN Children’s Services runs 23 children’s education and care centres throughout NSW and the ACT, as well as providing a range of disability support services for children and families.