Use my location
Back
Beginnings of SDN North Sydney
SDN History

‘… women who have to go out working all day can leave their children at the Nursery assured that they will be well looked after and well fed.' Newspaper article, Northern Suburbs Day Nursery, 11 December 1926

In response, the Association opened its first Day Nursery in a terrace house in Dowling Street, Woolloomooloo in 1905, the first long day care centre in NSW. For just three pence a day, babiesand children were bathed, fed, clothed and cared for from 7.00am to 6.30pm.

History of Crows Nest
The traditional owners of this area are the Cammeraigal people of the Eora nation [1]. Many engravings and rock paintings are found in the area, and evidence shows that shellfish was an abundant food source.

Crows Nest was named after the northern suburbs home built in the 1820s by merchant Edward Wollstonecraft, due to its elevated position and view of the harbour.

Originally a rugged landscape, the early 1900s saw a large number of apartments being constructed on the north shore, with an increasing working class population using the ferry system to travel to the city before the Sydney Harbour Bridge opened in 1932.

In 1917, the North Sydney Trades School opened in Rodborough Avenue. 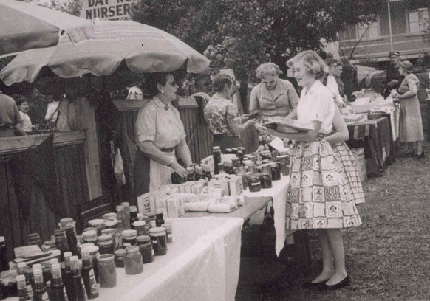 An Association committee was formed in October 1923 to find a home for a nursery in the northern suburbs of Sydney, and in 1926 proudly announced that a property, ‘Tramore’, had been purchased in Rodborough Avenue.

According to the 1926-27 Annual Report, the building’s location was ‘centrally situated, to serve the working class districts in North Sydney, Crows Nest, Willoughby, Wollstonecraft, and the Northern Suburbs generally’ and ‘the Nursery should prove of great value to working mothers and their children’.

The bungalow was purchased for £2,600. Alterations to make the house appropriate for a nursery cost an additional £1,000.

‘The building is of one storey, facing east, with a small sunny garden on either side, where the members of the Northern Suburbs Committee look forward with pleasure to seeing the little ones in their red frocks playing safely and happily.’ Sydney Day Nursery Association Annual Report 1925-1926

The ‘Dorothea MacCallum Cot Room’ was named in honour of the then President of the Association, Lady MacCallum, who had personally donated £100 towards the nursery. Two cots were named after benefactors— the Peggy Drummond Love Cot (Lady Love) and the Rose Nathan Cot.

The Committee raised almost £500 for the nursery in the first year through jumble sales, dances, bridge parties, tennis tournaments and donations. The nursery’s second anniversary birthday fete raised over £60.

From the very start the local community supported the nursery—North Sydney Municipal Council donated £10, and the children’s red garments were made by nearby Batonga Girls’ College students, who also gave the children pillowcases and toys. The neighbouring North Sydney Trades School (now a TAFE College) also donated items. Families themselves gave when able to—often food such as cakes, butter, fruit and vegetables.

First staff members, Matron Peberdy and Nurse Eason, provided skilled care and ‘close attention’ to the children. Dr Todd, the nursery’s volunteer doctor, checked that the children were in good health during his weekly visits.

On 17 July, 1933, a nursery school was added to the day nursery, to provide an educational program for children 2 years to school-aged. The director, Miss Hutchinson, was one of the first graduates of SDN’s nursery school teacher training college, which had opened in 1932.

‘Its opening has been a source of great satisfaction to the present members of the Committee, who have seen the task, commenced by a few ladies in October, 1923, at last accomplished.’ Sydney Day Nursery Association Annual Report 1926-1927 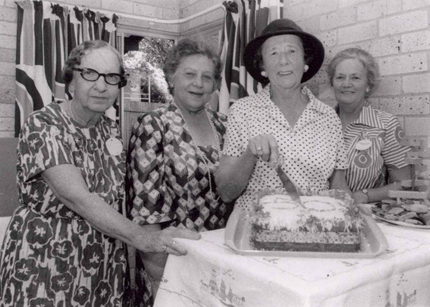 A new building
In 1974, work began to demolish the old cottage and construct a new building on the site. Staff and children moved temporarily to 4 Rodborough Avenue, and back into the new centre on 19 May 1976, in time to celebrate the centre’s 50th birthday in December with an open day and a birthday cake! The new building was officially opened by Association patron Lady Cutler at the Annual General Meeting at the centre on 27 May 1977.

SDN North Sydney today
Since its beginnings, SDN North Sydney has undergone many changes, reflecting a strong connection with our families within a vibrant and diverse community. This is most recently reflected in its name change to SDN North Sydney from its original and longstanding name of SDN Northern Suburbs, to better reflect the centre's location. 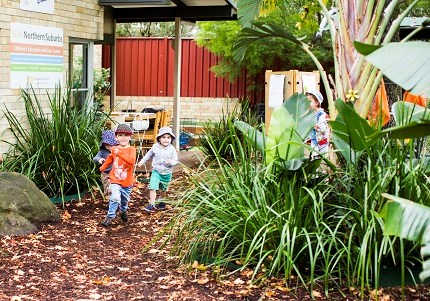